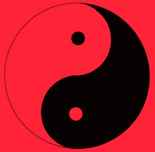 I am pleased to note that Mary Shomon of about.com, who in her blog post on Thursday, April 22, 2010, has not only softened her wording about self-treatment by hypothyroid patients, but has also written expressively concerning surrounding issues. These are also issues which I presented in two blog posts earlier this week concerning the immense problem with doctors as expressed by patients, and self-treatment.

The following are differences in how this is viewed, though, with one common thought:

And to the last comment above, and since there have been “implications”, I want to underscore (and ad nauseum) that the patient-to-patient Stop the Thyroid Madness was not created as a self-treatment site, nor does it “actively promote” it. STTM is a site with a goal to educate patients who can, in turn, take that information into their doctors offices and push for change. And it’s been working, one doctor at a time, as witnessed by patients who report those doctors on patient groups, and by emails I get from some of those doctors.

But it’s also clear that those who self-medicate may be using STTM, as well as many other websites and books out there by doctors, advocates and non-professionals alike, to help them. So at least there is education out there to help those who choose this, even if none was created for that purpose.

There are important differences in opinion, and much more to the story as I outlined above.

But the bottom line is this: for up to 60 years, hundreds of millions of thyroid patients around the world have been subjected to

And all the above is a far worse scenario which only pushes some patients to self-treat as a side-effect. But if you aren’t totally wiped out financially and emotionally in trying to find an informed doc, two suggestions: https://stopthethyroidmadness.com/how-to-find-a-good-doc as well as posting your city/state in the subject line of patient groups here: https://stopthethyroidmadness.com/talk-to-others

P.S. Please note that you will never see this blog, or this website, knowingly allow non-professional, negative, nasty, false, abusive and/or profound slander about a colleague, as has been done elsewhere. 🙁