Skip to Main Content
Home » Fibromyalgia—it’s not what you think!

Fibromyalgia—it’s not what you think! 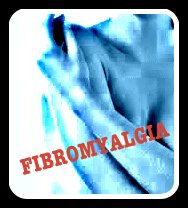 Diagnosis: Fibromyalgia….says your doctor. And onto certain pain medications you go.

But did you know there may be much more to this story than your doctor has been taught or explains?

Fibromyalgia (FMS) is the official clinical label to describe chronic musculoskeletal pain or tenderness--i.e. in your joints, tendons, muscles or other soft tissues. You might feel the pain no matter what you are doing, or experience it with pressure on a particular area of your body. There are at least 18 identified “tender points” associated with fibromyalgia. All the latter discomfort is all too real. Depression, anxiety and even headaches can accompany the syndrome of Fibromyalgia for some, as well.

Why do thyroid patients get the Fibromyalgia diagnosis?

For many thyroid patients, especially if they are treated with Synthroid, levothyroxine or any other T4-only medication, the diagnosis of fibromyalgia might actually be describing symptoms of poorly-treated hypothyroidism. You could also get it from NOT BEING OPTIMAL on NDT, T4/T3 or T3.

Quoting from Dr. John S. Lowe: …in most cases, fibromyalgia is the result of “hypometabolism of select tissues”, i.e. “the clinical manifestation of inadequate thyroid hormones due to thyroid hormone deficiency and/or resistance.” (page 75, The Metabolic Treatment of Fibromyalgia, 2000)

When Lowe wrote what I quoted above, he referred to it as a hypothesis–a soft way to propose to his medical colleagues that there may be more to this story. But thyroid patient experience has underscored that for all-too-many, once they were able to get out of their hypothyroid state, the fibro pain finally went away. When patients stop letting the inadequate TSH lab test dictate whether they are “normal” or not, and when patients stop treating their hypothyroidism with the inadequate T4-only meds like Synthroid and go with T3 in their treatment, such as natural desiccated thyroid…symptoms of “fibromyalgia” have been completely removed.

Equally as important as a treatment which uses direct T3 like natural desiccated thyroid or T3-only added in, some patients report needing to bring low cortisol and low iron levels back up in the full treatment.

What about those with the Hashimoto’s, the autoimmune form of a thyroid problem?

Those with Hashi’s can also get the Fibromyalgia diagnosis simply because of their autoimmune inflammatory reaction to certain foods. It’s individual and not black and white, but those foods can include gluten, dairy, or sugar, etc. Then if one with Hashi’s is also on T4-only, or being underdosed on NDT or T3, you get a double whammy.

…have healthy doubt. Because many thyroid patients have reported that it went away once they

2) treated their hypothyroidism to an “optimal level” with natural desiccated thyroid (or T4/T3, or T3-only)

3) discovered and treated their low cortisol and low iron

4) If Hashi’s, got a better handle of what foods need to be avoided to lower inflammation. Lower those antibodies!!!

P.S. And “Chronic Fatigue Syndrome” falls into the same category. It just may be the result of undiagnosed or undertreated hypothyroidism.

Are you saying that ALL cases of Fibromyalgia are related to a thyroid condition?

No. There can be other causes of the pain. Mayo lists several here. And for some, there can be a Fibro totally unrelated to one’s hypothyroidism.

But it’s still a fact that for a large body of hypothyroid patients, it just may be related to an undiagnosed or undertreated hypothyroid state. Many cases of thyroid disease go undiagnosed because doctors rely on the TSH lab test. And unfortunately, the TSH can be normal for years before it rises high enough to reveal one’s hypothyroid, so you could have been hypo all those years. For some, the TSH NEVER rises and one is still hypothyroid.

If you have been diagnosed with hypothyroid, being on T4-only like Synthroid has caused some patients to have a diagnosis of Fibromyalgia. And when they moved over to Natural Desiccated Thyroid or T3, the pain disappeared.

Finally, having an undiagnosed or poorly treated cortisol problem and/or low iron can create the fibromyalgia state, since either of the latter mean you will continue to have hypothyroidism.

We know there’s a connection between the symptoms of Fibromyalgia and having hypothyroidism. But there are also theories that for some, Lyme disease could also give symptoms similar to Fibromyalgia. In other words, the bacteria (Borrelia) one receives from a tick bite will burrow into your cells and create all sorts of havoc, including similar inflammation and pain.

LISBETH: Yes!! I had it for many years on Synthetic T4-only. But got the diagnosis just a few years ago. I went over to Erfa in April, and as I write this in October, all my pains in body are gone! And also my IBS and other things I had.

PATRICIA: For two years after I had a partial thyroidectomy for a goiter, I was told I had fibromyalgia. I read Dr. Jacob Teitelbaum’s book, “From Fatigued to Fanstastic” where I learned that fibromyalgia is often confused with hypothyroidism. Bingo! I immediately knew what was wrong with me. I went to my doctor for thyroid tests and it was confirmed that I had hypothyroidism. For two months I took Synthroid which did nothing for me. After I switched to NDT (Natural Desiccated Thyroid) hormone, despite my doctor’s warning that it would NOT help my pain, all my fibromyalgia pain went away.

ANNA: I’ve gone for years without treatment and all I got was a TSH and “normal”. I changed doctors and because of bronchitis again, asked this one to please check my thyroid. Again, only the TSH and “normal”. He told me I was depressed, Vit. D deficient and needed a multi vitamin, giving me a script for anti depressants (which I didn’t take). I had major gut issues and a third doctor diagnosed me with GERD. He checked only TSH, T3 and T4…”normal”. A acupuncturist brought up fibromyalgia because of pain I was experiencing. I then found a NP after finding the STTM website and facebook group. I went in with a list of tests (from here) to prove I had Hashi’s and hypo. She agreed to put me on NDT but only 30mg. I went back in for a follow up, told her I was actually in more pain due to undermedication and needed her to increase my NDT She reluctantly agreed to “try” it, thinking it wouldn’t work and that I actually needed different meds for Fibromyalgia and Chronic Fatigue. The day after bumping up my thyroid meds, all my joint pain and muscle aches were gone! If she tries to take me off NDT. I’ve ordered a back up of medication and am in the process of finding yet another new doctor. Knowledge is power. I’ve suffered for 20 years before finally getting some answers. Thank you Janie, your page has changed my life!

JANIS: I had RAI in 1992, got diagnosed with Fibromyalgia in 1997. I had all the pain and tenderness mentioned above and the weakness, brain fog, tiredness, etc. I started seeing a rheumatologist who declared I needed sleep and put me on 3-4 medications which I now can’t get off of. Finally, in 2007, I was diagnosed with hypothyroidism and eventually I got the doctor to give me Armour. The difference was astounding. However, it did not last. I developed RT3 due to low cortisol and eventually went on T3 only to help lower my high RT3. I got better, but it was not til I added in HC (hydrocortisone), which plays a role in helping T3 get to the cells, that things got a lot better.

Have your own story of fibromyalgia which went away with proper thyroid treatment? Use the Contact at the bottom of this page and send me one paragraph.

The revised Stop the Thyroid Madness book is one book you need in your hands to become better educated! Get it here.

(Important note: STTM is an information-only site based on what many patients have reported or learned in their treatment. Please work with your doctor. This is not meant to replace that relationship or guidance, and you agree to that by reading this website. See the Disclaimer.)

“A new scientific truth does not triumph by convincing its opponents and making them see the light, but rather because its opponents eventually die, and a new generation grows up that is familiar with it.” ~ Max Planck