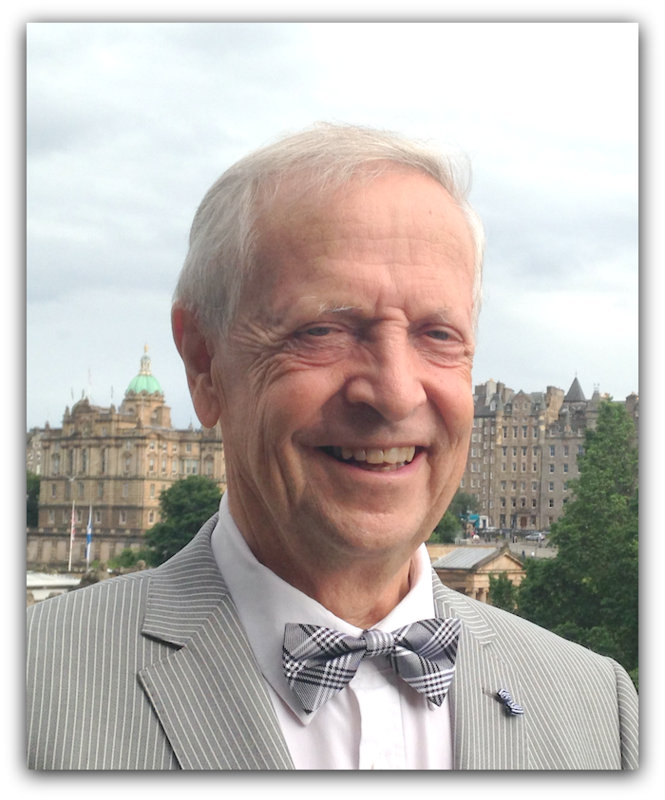 Dr. Maclean makes strong speculative proposals in this article as to why there are differing bodily experiences in the use of iodine and the doses used.

Take the time to read the below slowly and carefully–good points to consider!

NOTE: if you are receiving email notice of this blog post, a reply to the email goes nowhere. Instead, you need to click on the title of the blog post, which will take you directly to the STTM blog, and there you can comment.

The value of iodine

Most folk in the Thyroid Community understand the requirement for Iodine because the body uses it to synthesize thyroid hormone.

But a variety of cells require iodine for optimum function, as well (e.g. breast, ovaries, pancreas and prostate). So Iodine is important for the body quite apart from supplying the thyroid gland with Iodine. This view is not widely held in the mainstream.

Further, several scientific reports point to widespread iodine deficiency, particularly in the UK and parts of Russia, pointing to the value of Iodine supplementation, at least in some cases.

Yet a problem and a challenge

The capacity of Fluoride and possibly Estrogen Dominance to aggravate dysfunctional Iodine metabolism argue for close attention. Because for those who choose to supplement with Iodine (and there is a strong case for this to prevent breast cancer, plus those diagnosed with Hashimoto’s Disease, see below), the response to such supplementation (based on reported experience of those contributing to Iodine Forums) appears to vary according to:

Why are Companion Nutrients important?

Arguably, the adverse effects attributed to Iodine, when used in the situation of Hashimoto’s Disease, are caused by the Iodine-induced, unbalanced and exaggerated activity of the activity of an important and powerful thyroid enzyme: Thyroid Peroxidase, thereby a creating Oxidative Stress and the potential for thyroid cell damage. The Companion Nutrients are designed to support the body’s antioxidant System. Companion Nutrients are used here to prevent damage arising from the unopposed action of Thyroid Peroxidase, as and when Iodine is introduced to the Thyroid Gland, especially in the situation of an inadequate anti-oxidant System.

The purpose of this article

The purpose of this text is to examine the variable experience of those who have reported the effect of supplementing with Iodine and to attempt to explain those experiences according to how the body responds in different metabolic situations. Therefore the purpose is not to influence the reader in any direction (as regards Iodine usage) but to perhaps enable a speculative view of what might happen if/as and when, Iodine is supplemented and why.

I believe that no one should adopt Iodine supplementation without a good deal of reading around the subject, e.g on the STTM and TPAUK websites.

I apologize for the length of this contribution. However, it deals with the complex issue of Iodine effects and it is tricky to give a brief interpretation of this little-understood, but important area, especially for those whose metabolism is out of whack because of the toxic effects of mercury, which has the capacity to damage adrenal, thyroid and methylation function (at least).

So, this text has also been written for those with suspected toxicity (e.g. from dental amalgam) in the hope that the text might explain and emphasize components of the Shade Protocol (designed for the elimination of mercury), which might be ignored by those who, unwisely, are too hasty to get better.

The right dose of Iodine

I don’t think anyone fully understands what “the right” dose of Iodine is.

If your adrenals are out of whack, Iodine is liable to cause you to crash.

Nor is there agreement on what may be the further results of Iodine supplementation, especially at higher doses.

Some people assert that if you start supplementing with Iodine, two different effects may result, depending on what dose you start at:

Effect: Up-regulation of thyroid synthesis, especially for those who are Iodine deficient (many people are Iodine deficient, so that makes sense). However, if your adrenal function is down, the cells cannot handle the increased levels of stimulation (via thyroid hormone) without a correspondingly elevated level of cortisol.

It is known that thyroid hormone and cortisol work together. Hence, in the situation of adrenal insufficiency (possibly Mercury-induced in the first place, for some) there is the potential for an adrenal failure-induced “Crash” (= feeling dreadful +/- palpitations =”Thyroid toxicity”). So in these two situations… (a] adequate, vs b] inadequate adrenal function…taking Iodine may make you feel better or worse

Effect: Some people report benefit from the introduction of Iodine at a high initial dosage (going against the principle of starting low, increasing slow). This appears not to make sense.

The theory of taking high doses of Iodine

Further, so the theory goes, that antioxidant effect at higher doses tends to overcome the blockage of adrenal function that is creating impaired adrenal function in the first place. Meaning: Low cortisol synthesis and low cortisol levels, because of Mercury blocking cortisol Synthesis by exerting stress on the anti-oxidant system (Iodine usage here, supporting the anti-oxidant system and opposing Mercury).

That too makes a certain amount of sense, because Mercury is known to be able to block cortisol synthesis by acting as an oxidant and exerting stress on the anti-oxidant system.

Speculatively, once your Iodine dosage has (according to this scenario) restored adrenal function by opposing Mercury effects, any further increase may start to be counter-productive (meaning onset of Iodine overdose).

Speculatively, according to dosage therefore, these situations may result sequentially:

1. Baseline: Iodine deficiency in the diet.

2. Addition of Iodine at low dosage

3. Addition of Iodine at high dosage

a) Bypasses the “Crash” effects
b) Remits the oxidative stress which is causing the (Mercury-induced) adrenal Insufficiency (with knock-on low Cortisol levels), enables the adrenals to restore Cortisol synthesis:

Meaning: even higher dosage than that necessary to restore adrenal function and Cortisol levels:

Result: You start to feel down again.

Speculative summary of Iodine effects according to dosage

This is all theory and is provided for the benefit of those who speculate about what effects Iodine may have.

In preparing the description of this speculative scenario, I am indebted to the contribution (of a lawyer) to an Iodine Forum, who wrote interestingly on this topic as follows:

“Okay. This all-theoretical, mind you, but based on my experience, I think my theory may be correct. At lower doses of iodine, many of the symptoms labeled as bromide detox are identical to adrenal fatigue symptoms: air hunger, low blood sugar, weight gain, headaches, dizziness, fatigue, insomnia, anxiety, palpitations, etc. Another coincidence: the very things that Brownstein etc. recommend for bromide detox are actually things used to alleviate adrenal fatigue: Vitamin C, salt… This may explain many of the symptoms of detox at lower doses. It’s actually adrenal fatigue. Now, iodine can also act as an antioxidant, but only when the body uses excess iodine to make a lipid called delta-iodolactone. But the body will not make this unless it is such a high dose of iodine that the body feels confident that it has enough iodine for its basic needs, so it can use the excess iodine to make this antioxidant lipid. This antioxidant is like 300x more powerful than Vitamin C. I think that you have to take upwards of 100mg of iodine or higher for the body to make this. Because when I take 25mg, I have horrible detox symptoms, but when I take 100mg of iodine I feel normal. I think that at 100mg and up, the body makes delta-iodolactone, and this [is an] antioxidant . It’s the only thing that can account for the fact that people, who can’t take 25mgs without getting sick, can take 150mg without a problem. And there have been about 10 of us who have found this to be true”

My interpretation is that at high Iodine dosage, that strong antioxidant effect kicks in, thereby enabling Iodine to resurrect the adrenals (and thus cortisol levels) by opposing the strong oxidant and toxic effects of Mercury. The evidence for this speculation? At high concentration, iodine appears to tighten up the mitochondrial membrane, thereby preventing leakage of cytochrome C from the mitochondria, across the mitochondrial membrane into the cytosol (cytoplasm).

Result? Less risk of the negative consequences of oxidative stress.

Result? Restoration of the important enzymes which have been suppressed by oxidative stress.

Result? Recovery of 17-Hydroxylase, 5′ Deiodinase, and Methionine Synthase, thereby contributing to the recovery of adrenal, thyroid and Methylation function respectively.

There are those, including myself, who attribute their thyroid & adrenal failure to Mercury toxicity (from dental amalgam). Importantly, this interpretation of Iodine effects draws attention to and emphasizes the importance of supplements described in the Shade Protocol (designed for the elimination of Mercury) and also described as the “Companion Nutrients” in “Iodine Context”.

To summarize: Iodine supplementation is a tricky area. Extensive reading prior to any usage is advised. Adrenal function should be good and the Companion Nutrients should be in place as supplements before embarking. Potential effects of Iodine at different doses have been speculatively described. Getting the right dose is especially tricky and there appears to be no way of knowing what is the right dose without just trying and seeing. Few would argue against a daily dosage of Iodine: one milligram per day, properly supported, as described above.

Further, importantly, this text is not a recommendation to start taking Iodine at massive doses, despite the fact that some report benefit from this approach. The reason for such caution is, as usual, that our metabolisms are all different.

** Have you Liked the STTM Facebook page? You’ll get daily inspiration and information.

** Our “metabolism” as thyroid patients is an important topic. And Janie A. Bowthorpe, M.Ed. is one of several who were asked to speak on this important topic. Register for the METABOLISM SUMMIT which starts February 1st right on your computer. Go here to register: https://tinyurl.com/jp9yx78