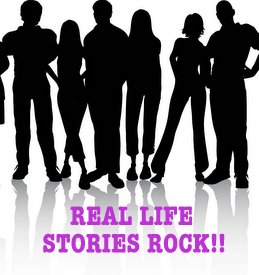 In fact, I think those kind of testimonies are some of the most influential ways to help others. And Erin’s story below really struck me. She spent years ignoring the idea that her T4 treatment with Synthroid and later Levoxyl just might explain all the growing problems she was having. So she finally saw the light, made a change, and is feeling so much better as she finally is working on the right issues. Enjoy her story! And if you want to read more, they are on the Stories of Others page, which anyone is invited to contribute to!

I was diagnosed with Hashimotos Thyroiditis and post-partum depression after having my first baby at 23 years old. I went to the doctor because I was so depressed and fatigued that I couldn’t get out of bed most days. I also had terrible headaches. My doctor put me on Prozac and Synthroid and I stayed on both for the next 23 years (also later used Levoxyl).

The Prozac did help me to be more functional; however, I still had periods of depression and fatigue, and developed other health problems as well, such as anemia, IBS, and chronic pain from TMJ. I went back to my doctors seeking solutions, but they put me on new and different meds that didn’t help and actually caused worsening symptoms like sedation and dependence. I was even diagnosed with bipolar at one point and on six different psych meds at one time!

I finally got off all the meds except the Levoxyl (which I had switched to from Synthroid) and Prozac, and was able to go back to school and regain some functionality. But I continued to struggle with chronic pain, periods of depression, fatigue, and digestive complaints. My doctors periodically checked my TSH and told me I was optimally treated or raised my Levoxyl. I didn’t question their testing or treatment methods, and did not connect my health problems with my hypothyroidism.

For many years, I just lived with the pain, discomfort, and fatigue. I chalked it up to stress and aging. But the IBS and fatigue got progressively worse until they were seriously interfering with my life. I had bloating, constipation and pain that often kept me housebound. I went to my doctor, and was told to change my diet, and take over-the-counter preparations for constipation. He never suggested that my health problems could be related to my hypothyroidism.

My denial and my apathy

My mother, who began frequenting a particular thyroid website, told me that some people can not convert t4 to t3, that she was one of those people, and that I might be too. She encouraged me to go back to my doctor and ask him to test my t3 levels. It seemed unlikely to me that my hypothyroidism was not being adequately treated! After all, I was getting my health care at a university medical center – a teaching institution.

My doctor ordered lab tests yearly and had not adjusted my Levoxyl for several years. I think too I was just plain too exhausted to deal with it. I barely had enough energy to get through work, let alone devote time to researching an alternative form of thyroid treatment that, in my mind, probably would not work anyway! I think, too, the Prozac contributed to my failure to seek alternative modes of thyroid treatment by dulling the pain and keeping me apathetic.

The pain and discomfort of my IBS is what finally pushed me to take the first step to finding an alternative form of health care. My husband had been insisting for a few years that I go to a naturopath or functional medicine doctor, but I didn’t want to pay out of pocket when I had medical insurance that I paid for each month.

Finally, I got on the internet and searched for a functional medicine doctor in my area, and found one not far from my house. My new doctor, a naturopath, ordered comprehensive lab testing, which revealed that I had very low free t3 levels, severe anemia, low b12, low ferritin, high cholesterol, candida overgrowth, other digestive bacteria imbalances, and more! He told me that my health problems were related to my hypothyroidism, which, he said, was not optimally treated on my current medications. He advised me to reduce my Levoxyl and add .25 grain of Naturethroid each day. He also recommended a variety of supplements.

When I first took the Naturethroid, I didn’t feel much. But about two weeks later I began to feel better than I had in years! I could not believe how amazing I felt; it was like a miracle! My IBS, head and jaw pain went away, and I had feelings of well-being. I was convinced natural desiccated thyroid was the solution to my health problems.

A bump in the road

About 10 days later, however, I started feeling anxious, restless, shaky, and having heart palpitations. I went back to my naturopath and he told me to stop the Naturethroid. I felt intuitively this was incorrect. I frantically searched the internet for some reason for my symptoms, and found STTM. I learned that I couldn’t tolerate the Naturethroid because of my low iron and low cortisol. I also felt empowered by what I learned on STTM; the site encouraged patients to make their own decisions about their healthcare. After that, I took over management of my own health care. I told my naturopath what I had discovered, and he agreed to adopt the treatment plan I felt was right from what I learned from STTM. Fortunately, he was open-minded and has been willing to be my equal partner in my health care.

I learned from the STTM site, book and forums that recovering from years of untreated hypothyroidism from staying on T4 meds is more complicated than simply getting on NDT. It takes a lot of work to stay informed, investigate, identify and treat the root causes of my health problems with natural remedies. It is far easier to remain passive and allow my doctors to dictate my treatment. However, my apathy kept me sick for a long time, and I cannot afford to lose anymore time being sick! Treating the root causes of my health problems is well worth it, as it leads to longer-lasting and better results than simply covering the symptoms with harmful pharmaceuticals.

Success and confidence for the future

While I still have work do to, I have come a long way and feel better than I have in years. The progress I have achieved in recovering my health has made me confident that I will ultimately achieve optimal health with the tools I have learned on STTM.

DID YOU KNOW STTM IS ON FACEBOOK? Join us!