Skip to Main Content
Home » Janie’s Blog » If you could turn back the clock, would you have started on NDT instead of T4-only?? 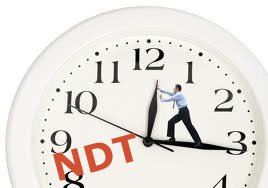 “If you could turn the clock back to when you were first diagnosed, would you even have bothered trying the synthetic Thyroxine (T4-only) or would you have jumped right in with NDT (Natural Desiccated Thyroid)?”

She is in the dilemma that so many NEW hypothyroid patients find themselves in when their doctors are pushing T4-only, yet patient experiences as outlined on STTM are saying that NDT was a better treatment for all too many. WHO TO BELIEVE?? Sure, some state they do well on T4-only, but is there more to the story? Here are the answers from many different individuals in that string, plus more:

Another gal mentioned she would have gone to to the high iodine protocol first (on the premise that her hypothyroidism coud have been from low iodine).

Another said she didn’t do well on NDT, but she and any others in her shoes can discover why here i.e. it’s not about NDT–it’s about two common issues that NDT will reveal, and if treated correctly, one can soar on NDT!

Another felt it was a tough call due to some doing well on T4-only…but you have to consider that many aren’t as well as they claim (and are taking meds to bandaid the symptoms of a poor treatment), or they will and do see more problems crop up the longer they are on, in spite of doing well now.

Yes, if I could turn back the clock, I would have had better life experiences.

28 Responses to “If you could turn back the clock, would you have started on NDT instead of T4-only??”