Skip to Main Content
Home » Janie’s Blog » The UK is now taking Armour away from patients!! 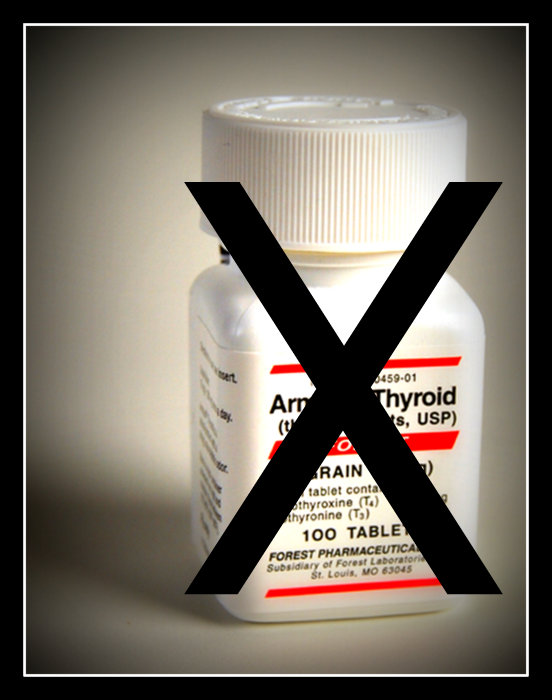 (This post was written in 2009, but underscores how tough it can in the United Kingdom to be a thyroid patient even today! Patients still manage to get NDT on their own.)

And right on the heels of my last post, I want to inform everyone of a REAL LIFE HORROR STORY that is happening to Sheila Turner of the UK right now. Sheila is a thyroid patient advocate who created the UK Thyroid Patient Advocacy website.

Sheila will tell anyone who asks that she was very ill while taking levothyroxine (125 mcgs) only therapy, being wracked with back pain so severe she was unable to get out of her armchair, bed or car after sitting/laying down for a while. She also suffered from debilitating ‘brain fog’ and short term memory, along with the usual lingering hypothyroid symptoms while on thyroxine.

Sheila states: I couldn’t tolerate levothyroxine alone because it was found I was not converting this mainly inactive hormone to the active hormone T3. As my muscles and tissues were not getting the T3 required, my muscles in my back were going into spasm, causing the severe pain.

She then saw a private hormone specialist who started her on natural thyroid extract (Armour Thyroid, USP) and she regained her full health! It was so profound that she started the TPA-UK in 2004 to campaign for a better diagnostic and treatment protocol within the National Health System (NHS). (UK has socialized medicine.)

Fast foward to 2009. As I wrote about below in my Feb. 14th blog post, the UK Royal College of Physicians along with several supporting organizations recently brought out their pathetic and narrrow-minded new guidelines on the diagnosing and treatment of primary hypothyroidism. And lo and behold, Sheila, along with about 15 other patients on Armour via the same medical consultant, have had their Armour removed.

Says Sheila: He and every NHS endocrinologist has been sent a letter from the President of the Royal College of Physicians, telling them they should use thyroxine ONLY as a treatment for primary hypothyroidism and that they should not recommend or prescribe Armour Thyroid and that only accredited endocrinologists should ever recommend T3 as this was rarely indicated.

Sheila has been forced to return to the synthetic treatment of levothyroxine (100 mcgs) and to it has been added 20 mcg liothyronine (T3) split twice a day. But there’s no guarantee she will be able to stay on the T3. Additionally, don’t be fooled into thinking that a combo of synthetic T4 and synthetic T3 is as good as Armour. Patients all around the world who have tried it, then switched to Armour, report far better results with the latter.

Says Sheila in a completely shocked state: I cannot believe this is happening – I tried to question him as to the reason all the NHS endocrinologists didn’t demand the BTA produce MEDICAL EVIDENCE to show that hypothyroid sufferers ONLY ever needed T4 – he said he knew they should have produced evidence, but it seems because it has come from the RCP, his and everybody else’s’ hands were tied – they have to be seen to be doing what they are told. I got the distinct impression that if anybody rocked the boat, they would be next doctor arraigned before the GMC.

Making this real life horror story even more shocking, her medical consultant explained that the only way to find the truth as to whether Armour was a better medication or not was through clinical trials using Armour versus levothyroxine. (i.e. patient experience all over the world revealing it works isn’t enough evidence. Give me a break). But when she pressed him into starting this, he said they would need the backing of their thyroid association – yes, the British Thyroid Association (BTA), the very group that has said that a TSH of 10 is borderline hypo. (See my Nov. 7th post)

Sheila continues: I told him they would never agree to this, and he agreed also. I told him that we did NOT NEED the British Thyroid Association to get ethical approval – and surely he could get a group of like-minded practitioners around him and do this themselves – but it would cost a great deal of money – and, again, if you are a member of BTA (and I believe most endocrinologists are) then they daren’t do a thing without their approval.

Sheila expounds: I just sincerely hope that I can cope with the change-over to synthetics and that Armour has made my body strong enough to do this. I will make absolutely sure that my adrenals can cope with this. I feel SO VERY sorry for all of those sufferers who are being left in the care of a head in the sand endoprat , who will refuse to even give them the correct thyroid hormone their body needs. Once again – THE NHS IS KILLING US!

This is profoundly sickening and shocking.

Update: you can read Sheila’s and UK-TPA’s response here: https://stopthethyroidmadness.com/uk-tpas-response-to-the-rcp/

Want to be notified of my blog posts? Curious what’s on my mind? Use the Notification method to be informed. Look on the bottom right where you can sign up. )

27 Responses to “The UK is now taking Armour away from patients!!”