(To all my thyroid friends, I thought you might enjoy my off-topic post concerning my high school reunion, since many of you may be approaching your own. Janie) 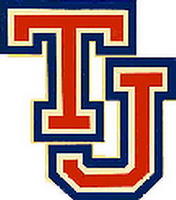 As my 40th high school reunion was approaching, I really wasn’t sure I wanted to go.

The 10th was certainly disappointing: the former cliques just seemed to draw together like metal filings to a magnet. Zzzzzzzzzzuippp And the image of “high school classmate A” smacking away on her pink gum like a 28 year old teenybopper just put the proverbial exclamation mark on my disgust.

So when the 20th, and later the 30th arrived, I had sound excuses: I was moving into a new house not only during both years, but in the same months. Phooey on high school reunions.

So here it was approaching all over again: a high school reunion with the massive 40th in front of it. There was no house relocation going on. So my other excuses not-to-go flowed with ease: I don’t want to watch the clique-zzzuip. I’ve lived away from Dallas for too long. My memories of high school were not too pleasant. I don’t have any strong connections to old classmates. My life has moved on. Yada, yada, yada.

But I got weak.

The first crack in my negative resolve was my realization that perhaps I just could form new friendships with former high school classmates as one adult to another. That was an exciting thought. If I had come a long, long way since those secondary school days, so could others.

The second crack was the reality of deceased parents, a brother whom I never see, three sons living far away in three different directions, and the dreadlock, hug-a-tree hippie-dom of where we live, which had not proved to be the best place to find stimulating adult friendships with common backgrounds.

Besides, wouldn’t it be interesting, as the third and final crumble, to find out how everyone really is all these years later. Facebook was already giving me a peek at that. And this time, I was not planning on sitting around “watching”. I was going to put my hand out, wear my genuine smile, and say “Howdoyado?” to as many as I could.

And I did just that.

I arrived at the Dallas Hilton hotel as excited as a peacock in full plume. And to make a full weekend of events short, my highest expectations were met.

Did I see those same old click-zzzuips?? Yup. There were still a few who needed to lock emotional arms against the crowd of other classmates. But those were the vast minority, as clearly, most “got it” that there were treasures to be had in getting to know other classmates. I hope I made that clear in my social butterfly rounds, and it didn’t pass me by that several others did the same. I appreciated you.

As others have expressed on Facebook, it was a weekend I didn’t want to end. I wanted more small gatherings so I could have a chance to find out where you lived, what you’ve been doing, who you are. And I wanted time to tell you the same about me. But it appears that will take more gatherings. And this time, I’m coming.

When it was all ending, and many of us were crippling back to our hotels rooms in the wee hours of the morning from the lounge on the 18th floor open after-party, it certainly dawned on a few of us how MUCH people missed by not coming. And it dawned on me what “I” would have missed by not coming: renewing old friendships I had forgotten about, making new friendships that will mean a lot to me in the ensuing years, finding out how silly some of the past really was, and feeling really proud of what I have become, as well as what others have become.

Oh, and let me not hesitate to mention that there was a freeing and humorous benefit of going to one’s 40th reunion: that those Barbie doll and Fonzy bodies are practically no more. Yup, we all do share the fruits of time, whether it be those delightful under upper arm wings, sensuous sagging chins, happy bountiful bellies, cottage cheese thighs, and/or our own versions of Shar Pei wrinkles.

I almost made a huge mistake by not coming. But thank goodness, like so many others, I had reached a pinnacle in my adulthood to know how important and worthwhile it might be to come back, as well as to take a pro-active stance to the entire event. And I’m glad it did.