Skip to Main Content
Home » Janie’s Blog » If this is normal, I’m not impressed! 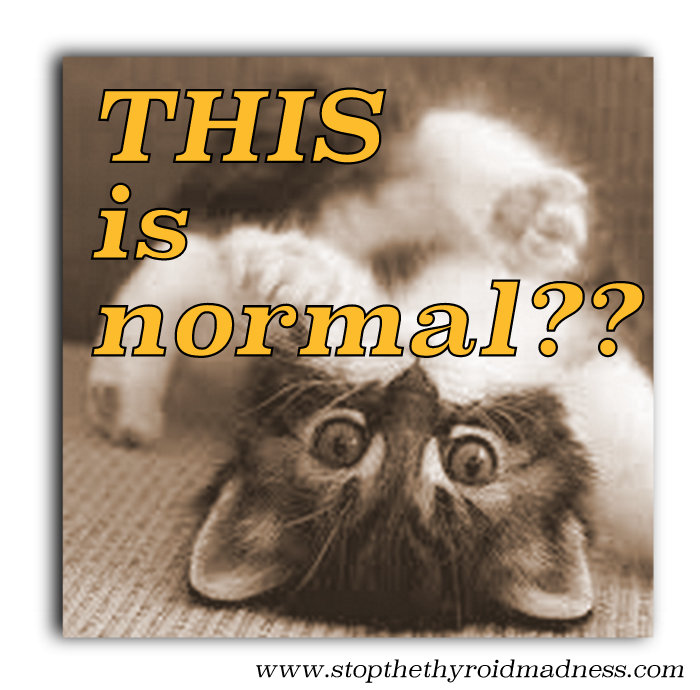 This page has been updated to the present day and time. Enjoy!

In 2008, I was getting to know a 40-something relative-in-law whom I hadn’t known long, but could tell we would click! She’s one of those people who could say things in a way that I’d be on the floor, laughing.

When she found out I had written the Stop the Thyroid Madness book, she got a copy and read it. And as she read, her eyes got bigger…and bigger…and bigger. The Thyroid Stimulating Hooey chapter was especially an eye-opener for her.

14 years of being pronounced “NORMAL” is as crazy-making as it get, don’t you think?

Why was she continually told she was normal? Because the TSH lab result said so. It always…always fell in that crazy-making “normal” range. And like so many doctors, her doctor believed ink spots on a piece of paper over all her very clear symptoms of NOT being “normal”. Talk about bringing her to tears.

I sent her to a MUCH better and hopeful doctor.

In 2006, the World Health Organization defined health as a state of complete physical, mental and social well-being and not merely the absence of disease or infirmity. So…if you stuck “normal” in front of that definition of health, as misinformed, TSH-obsessed doctors so routinely tell us we are, it means that we have the symptoms expected of one who is in complete physical, mental and social well-being. Then why don’t we feel that way?????

Yessirree, somewhere along the medical perspective timeline, the ability to pay attention to the obvious clinical presentation of clear hypothyroid symptoms ran right down into the sewer. And with that loss has come hundreds of millions of hypothyroid patients worldwide with the schizophrenic diagnosis of “normal” along with raging symptoms thanks to ink spots on a piece of paper called the erroneous TSH range. And that is exactly why this website is necessary, as is the book and YOUR demands for better treatment.

I was schizophrenically “normal” for nearly 20 years while I had miserable and even debilitating symptoms. My relative had been for 14. How about YOU? 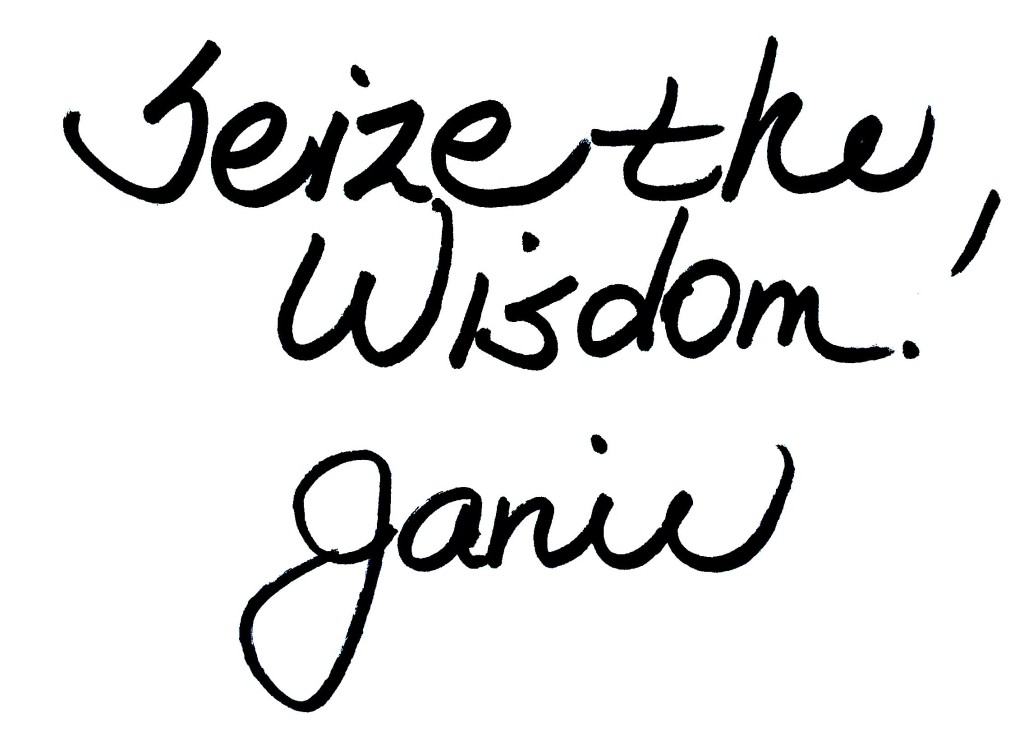 15 Responses to “If this is normal, I’m not impressed!”